FREE SHIPPING ON ORDERS OVER £50 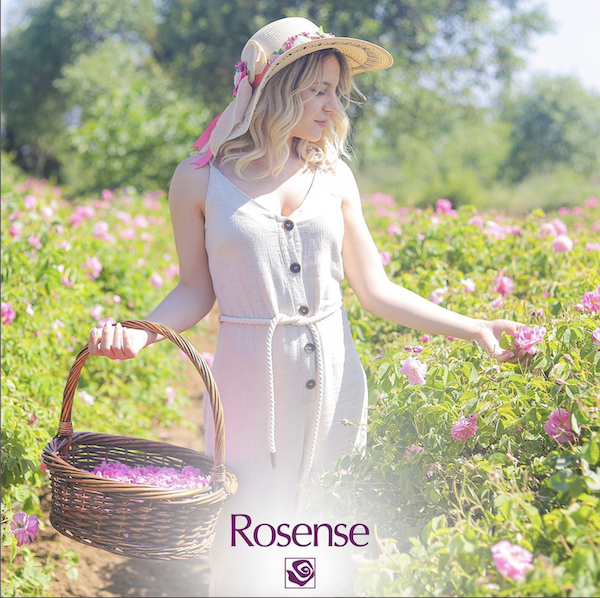 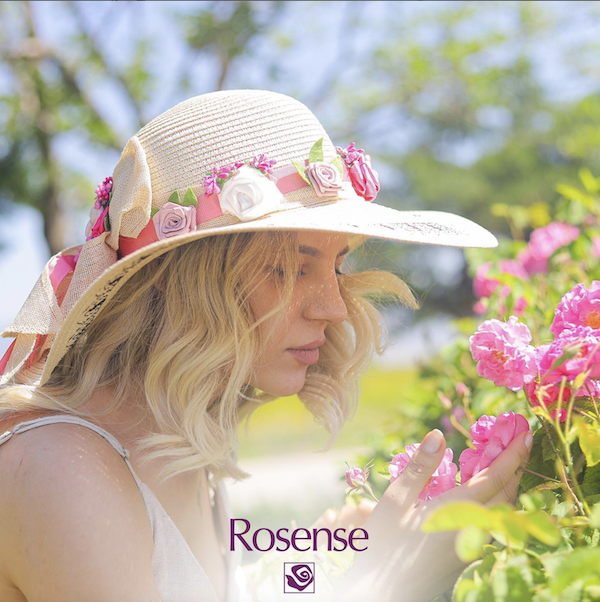 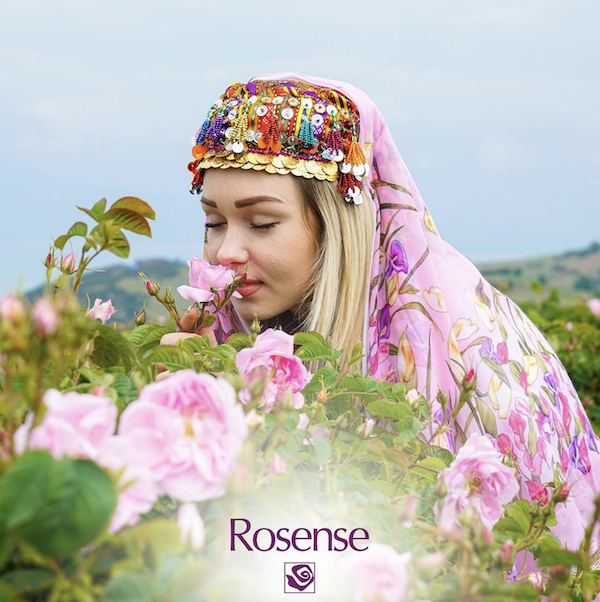 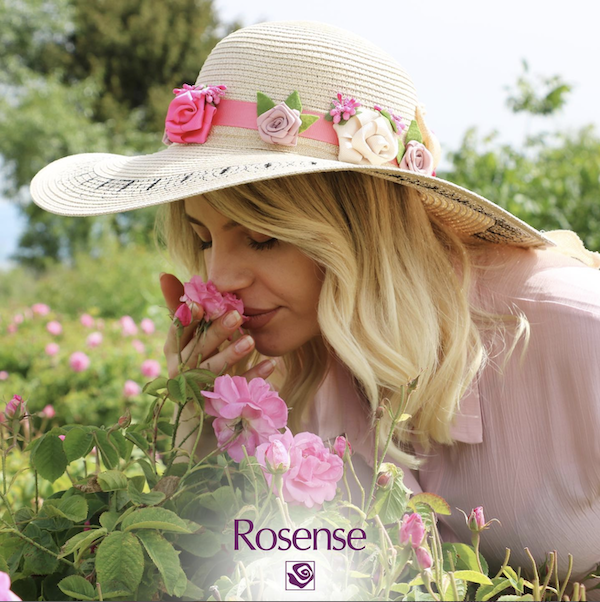 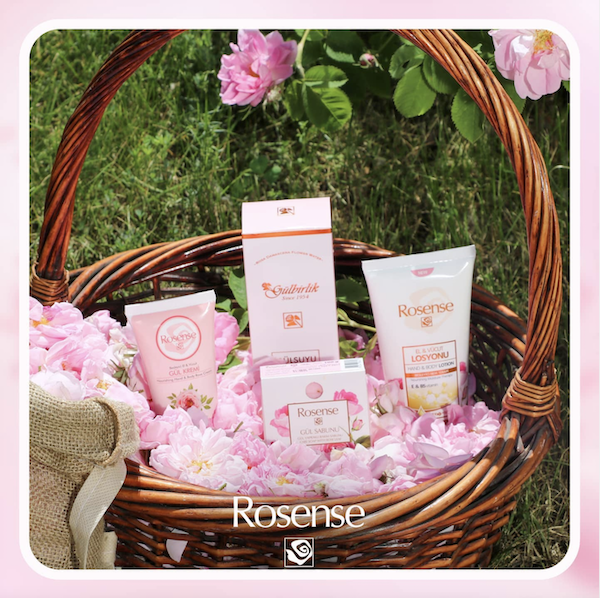 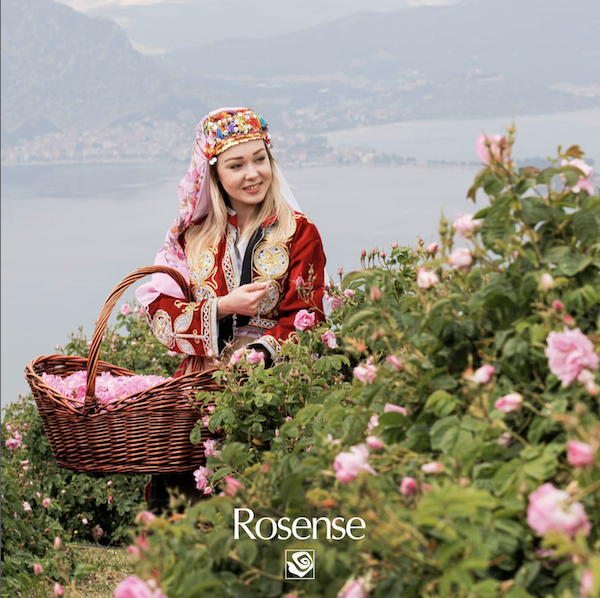 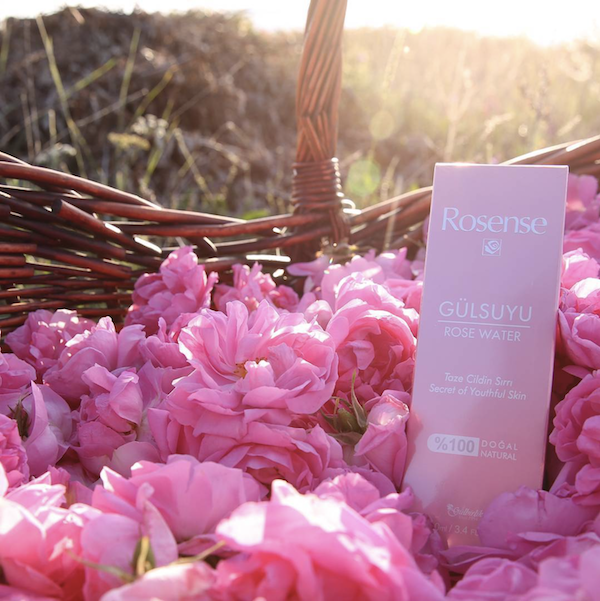 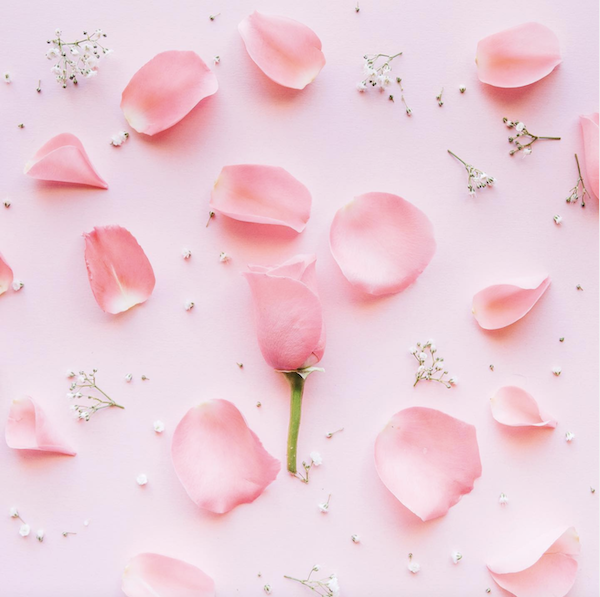 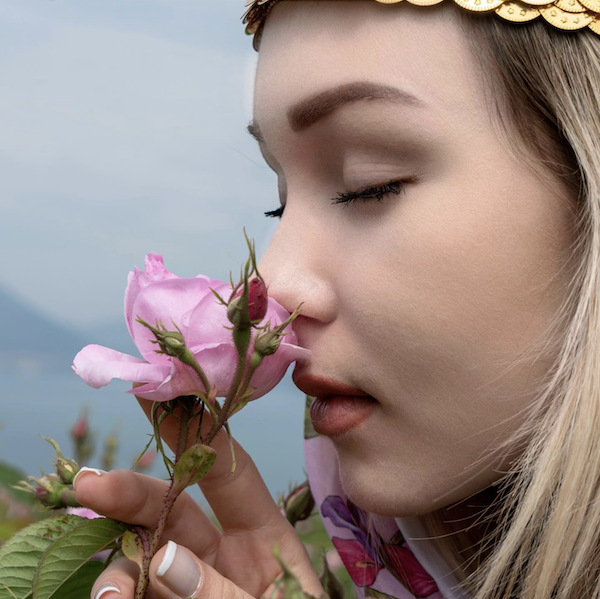 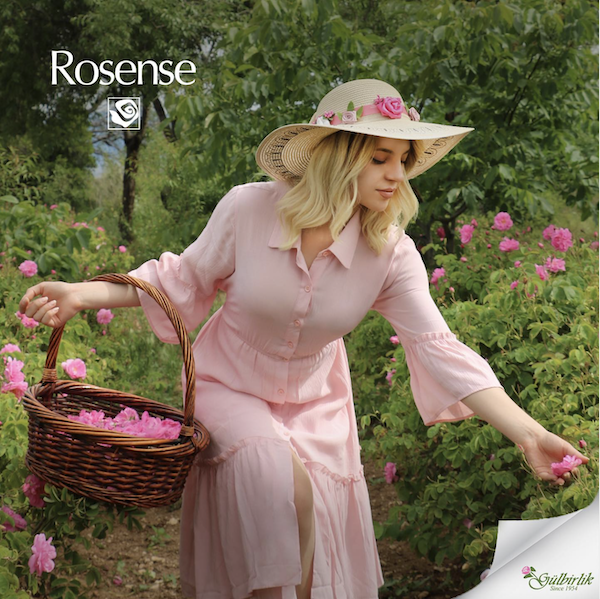 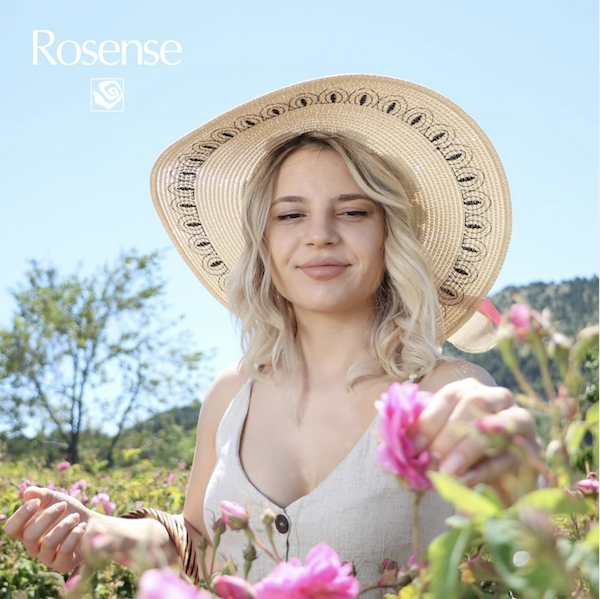 The rose has been utilised in medicine as a therapeutic agent since time long past, and recipes prepared with the rose have always been employed in the healing arts.

One of the greatest benefits of rose water is its strong anti-inflammatory properties. These properties can help treat multiple ailments, both internal and external. It may even help soothe the irritationTrusted Source of eczema or rosacea.

In 1954, Gülbirlik (Gül means rose in Turkish), a Union of Cooperatives originally formed by nine founding members, was established. Today, it comprises six separate cooperatives, with 8,000 local farmers and four rose plants. It processes 300 tons of rose petals per day during the season and by pure copper alembics, produces 100% genuine pure Isparta rose oil and rose water.
As the major supplier of rose oil and rose water to the world’s leading perfume and cosmetic brands, Gülbirlik is committed to producing high quality products.
In 1998, Gülbirlik embarked in the production of a wide range of beauty and skincare products under the Gülbirlik label. The success of these products prompted Gülbirlik to establish the ROSENSE brand in 2003 and release its products to the national and the international markets.
Today, Rosense is sold in many countries, including Germany, the United Kingdom, The Netherlands, Canada, Australia, the United Arab Emirates, Japan,USA and China.
As of 2010, Gülbirlik and Rosense have commenced growing organic roses for the production of organic rose oil and rose water. As the current leader in conventionally produced rose oil, Gülbirlik will continue it’s success in the organic rose industry.
The products and the management of Rosense cosmetic and sweet rose is certified by ISO 9001:2008, ISO 22000:2005 and GMP ISO 22716.

The oil rose (Rose Damascene) or rose oil has been produced in Turkey’s Mediterranean province of Isparta for over 100 years. It is for this reason that Isparta is called ‘The land of Roses.

Isparta flourishes with roses and rose products and Gulbirlik is its largest rose growing and rose oil producing cooperative. Established in 1954, Gulbirlik is a Union of Cooperatives originally formed by nine founding members. It currently, comprises six separate cooperatives, with 8.000 producer partners, four rose oil plants at four different locations and two rose oil solid plants. It processes 320 tons of rose flowers per day during the season and produces rose oil and rose oil solid in conformity with world standards.

Gülbirlik is currently the biggest producer of rose oil in Turkey and the leading exporter in the world. Through steady inflow of foreign exchange it’s exports generate, Gülbirlik has contributed to the Turkish economy and the social welfare of the local community for over 50 years. As the major supplier of rose oil and rose oil solid to the worlds leading perfume and cosmetic brands, Gülbirlik is committed to producing high quality products and offering reliable and consistent service.

In 1998 Gülbirlik embarked on the production of a wide range of beauty and skincare products under the Gülbirlik label. The success of these products prompted Gulbirlik to establish the Rosense brand in 2003 and release its products to the national and international markets. Today, Rosense is one of the most well known beauty and skincare brands in Turkey.

Production Method of Rose Water and Rose Oil – Distillation
Rosense rose water is produced by using a distillation technique from the damascena rose petals.
There are no chemical preservatives added during distillation and the product is completely free from any petrochemical derivatives and chemicals.
In the process of distillation, large stills, traditionally of copper, with 3 tons capacity, are filled with 500kg of fresh blossoms and 1.5 tons of water. The still is fired for 90 minutes. The vaporized water and rose oil exit the still and enter a condensing apparatus and are then collected in a flask. This distillation yields a very concentrated oil (direct oil), which makes up about 20% of the final product. The water which condenses along with the oil is drained off and redistilled (cohobation), in order to obtain the water-soluble fractions of the rose oil such as phenethyl alcohol which are a vital component of the aroma and which makes up the large bulk, 80%, of the oil. The two oils are combined and make the final rose otto.
The hydrosol (Herbal distillate) portion of the distillate is known as rosewater.
Rosewater is the natural water that is obtained through the mixture of the oily water (ferment) with rose scent, which is an outcome of the production of rose oil with pure, clean hot water, distilled in the proportion of 1 /1.
Rose water, which is produced using natural methods, is filtered several times.

Rose oil, which is one of the most important and costly raw materials of the perfume and cosmetics industry, is produced by boiling pink roses using the vapor distillation method.

Rose oil of world standard quality is obtained from roses grown in Isparta and its outlying regions located at an altitude of 1050m above sea level and higher. The production season for rose oil commences in May and ends in June when the roses are picked and taken into immediate processing.

Rose flowers, which are collected every day in the early morning hours are prepared for processing in 500 kg bundles. Each bundle is then then placed in boilers filled with 500 litres of water. The covers of the boilers are closed and steam distillation with a pressure of 2-3 atmospheres is initiated. The condensed oily water is distilled through a thermostat for 70-80 minutes at a temperature of 30-35 degrees. This process is called the first distillation.

The rose oil bottles are sealed and left to rest for the second filtering. At the end of the harvesting, after a rest period of 15-20 days, the rose oil produced is delivered to the filter room. Under the supervision of the filter commission, the rose oil obtained from all plants is mixed in equal proportions and filtered in copper boilers, which are coated inside with tin, in order to obtain standardized rose oil. The standardized rose oil obtained after the second filtering is put into copper cans of 1, 2 and 2.5 kg, which are coated inside and outside with tin. The covers of these cans are soldered. The reason for filtering twice is to minimize the amount of residue and water leakage and thus obtain rose oil of the best possible quality.

Historic documents of ancient China and Sanskrit, refer to the charming scent of the rose. It is widely known that rose oil and rose water have been used during religious ceremonies since ancient times. The oldest information on the distillation of the rose and rose oil is provided by Ybn Khaldun, the 14th century Arab historian who points out that rose water was among the commodities dispatched to India and China in the 8th century. Although it is known that rose water has been produced and used for centuries, we have only recently become familiar with the production of rose oil. It is said that during the wedding festivities of Nevjihan Sultan, the daughter of the Shah of Iran, the pools in the gardens of the palace were filled with rose water. Nevjihan Sultan is said to have noticed that oil with the scent of roses was accumulating on the water and requested that this oil should be examined, thus initiating the production of rose oil.

According to hearsay, Nurjihan, a Mongol Prince in the 11th century, first discovered rose water and rose oil. It is told that Nurjihan ordered two of the pools in the garden of the palace to be filled with roses instead of water and that after some time he noticed that the water added to the roses in the pools was covered with a slightly oily, pleasant smelling substance. Subsequently, he ordered this substance to be extracted from the water. It is said that rose oil has been known and produced since that time and that in Iran 4.8 gr of rose oil was sold for four gold coins while in India one kilo commanded a price of 1200 gold coins.

It is possible to trace back the origin of rose oil production to Iran from where it spread to India, Algeria, Tunisia, Italy, France and Bulgaria before it finally established itself as an advanced industry in Bulgaria. It is not known exactly when and how the oil rose came to this region and when rose cultivation first started here. Its scientific name leads us to the conclusion that its origin is Damascus. It is assumed that this flower was taken by growers from Damascus and brought to the ecologically suitable Kizanlik region in Bulgaria during the Ottoman period when Damascus and Bulgaria belonged to the Ottoman Empire.

The rose was brought to Turkey for the first time in 1870 by an immigrant and planted in Bursa, Denizli (Çal) and Manisa. However, its cultivation in Isparta was not until 1888 when a local, Muftuzade Ismail Efendi, first brought it back from the Kizanlik region in Bulgaria and planted it in Isparta’s Gülcü district. It is thought that the first rose oil production was made by Müftüzade Ismail Efendi in 1892 using primitive distillation cans and methods.

It is known that rose cultivation was highly developed in the Anatolian region until the First World War. In addition to the cities of Isparta, Burdur, Afyon and Denizli in western Anatolia, areas such as Konya and Ankara in Central Anatolia and Sivas and Erzurum in Eastern Anatolia were major rose growing areas.

Rose cultivation was adopted by the people of Isparta and its neighboring regions as a result of the incentives by the government at the time. A book on rose cultivation, published by the Ministry of Trade and Agriculture in 1912, greatly contributed to the development of this industry. Official records reveal that 6.915 thousand square meters of rose gardens were established during that time. Prior to the First World War, rose oil of Turkish origin became very famous in world markets due to its purity and excellence. However, statistics reveal that during the armistice years Turkish rose oil had lost its position against oils of Bulgarian origin and that towards the end of the War of Independence the amount of rose gardens had decreased by 50 percent.

With the founding of Gülbirlik in Isparta in1953, and the establishment of rose oil factories in Yslamköy in 1958 and in Yakaören, Kylyç and Güneykent in 1976 – in addition to the the rose oil solid factory in Aliköy which processes rose flowers grown in the region with cutting-edge technology – Turkish rose oil re-gained its demand in world markets, ultimately leading to the rapid increase in the number of plantations across the region.